The Beginning of The Hoyt Family

In the spring of 1977, Rick told his father that he wanted to participate in a 5-mile benefit run for a Lacrosse player who had been paralyzed in an accident. Far from being a long-distance runner, Dick agreed to push Rick in his wheelchair and they finished all 5 miles, coming in next to last. That night, Rick told his father, “Dad, when I’m running, it feels like I’m not handicapped.”

This realization was just the beginning of what would become over 1,000 races completed, including marathons, duathlons and triathlons (6 of them being Ironman competitions). Also adding to their list of achievements, Dick and Rick biked and ran across the U.S. in 1992, completing a full 3,735 miles in 45 days.

In a triathlon, Dick will pull Rick in a boat with a bungee cord attached to a vest around his waist and to the front of the boat for the swimming stage. For the biking stage, Rick will ride a special two-seater bicycle, and then Dick will push Rick in his custom made running chair (for the running stage).

Rick was once asked, if he could give his father one thing, what would it be? Rick responded, “The thing I’d most like is for my dad to sit in the chair and I would push him for once.”

The 2009 Boston Marathon was officially Team Hoyt’s 1000th race. Rick always says if it comes down to doing one race a year he would like it to be the Boston Marathon: his favorite race. 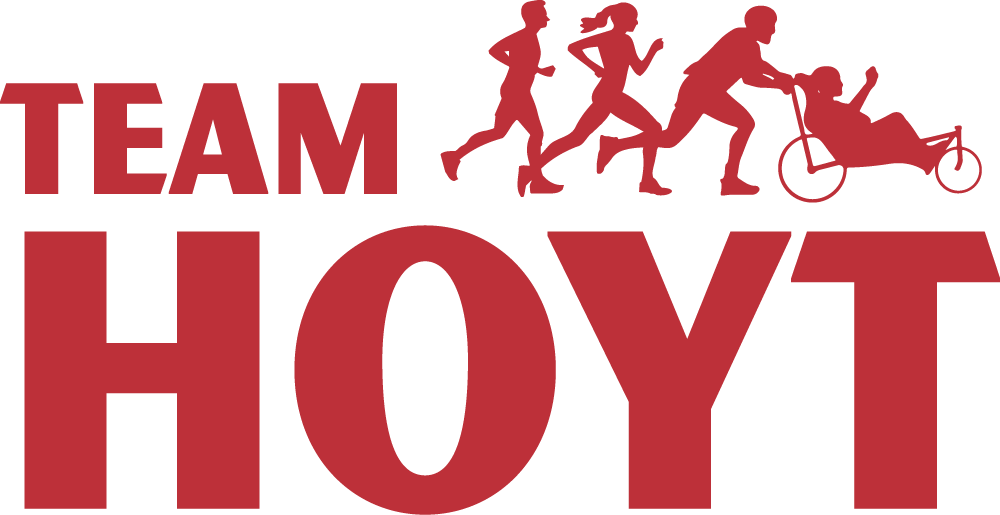 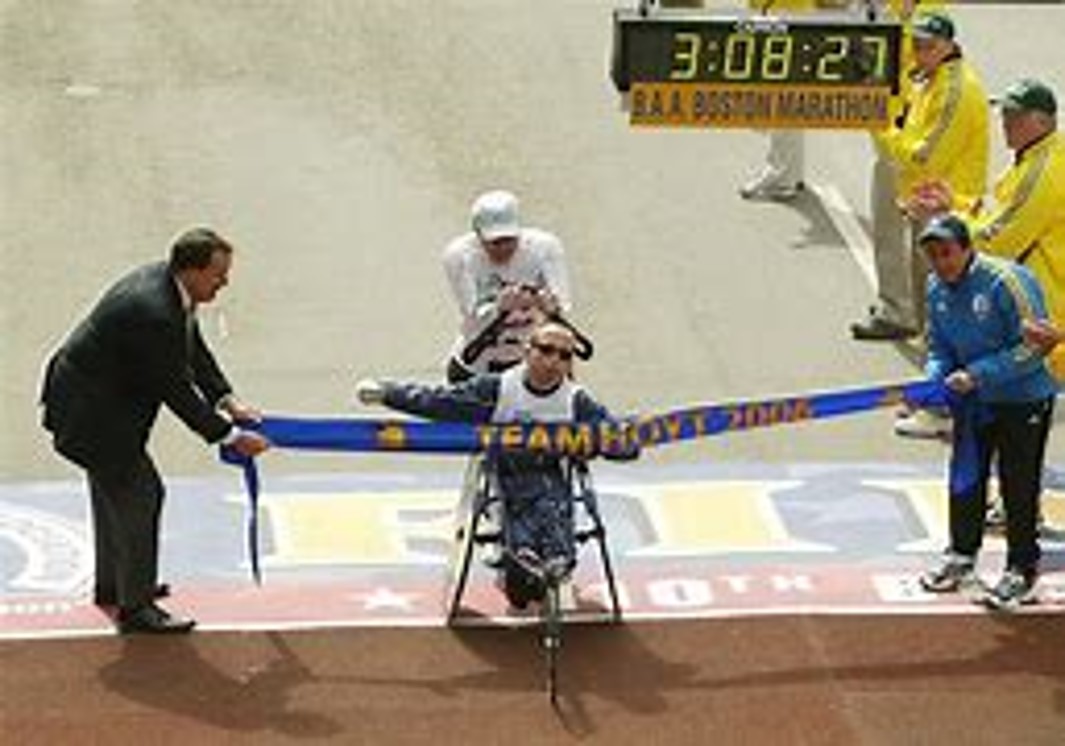 Check out our digital photo gallery!